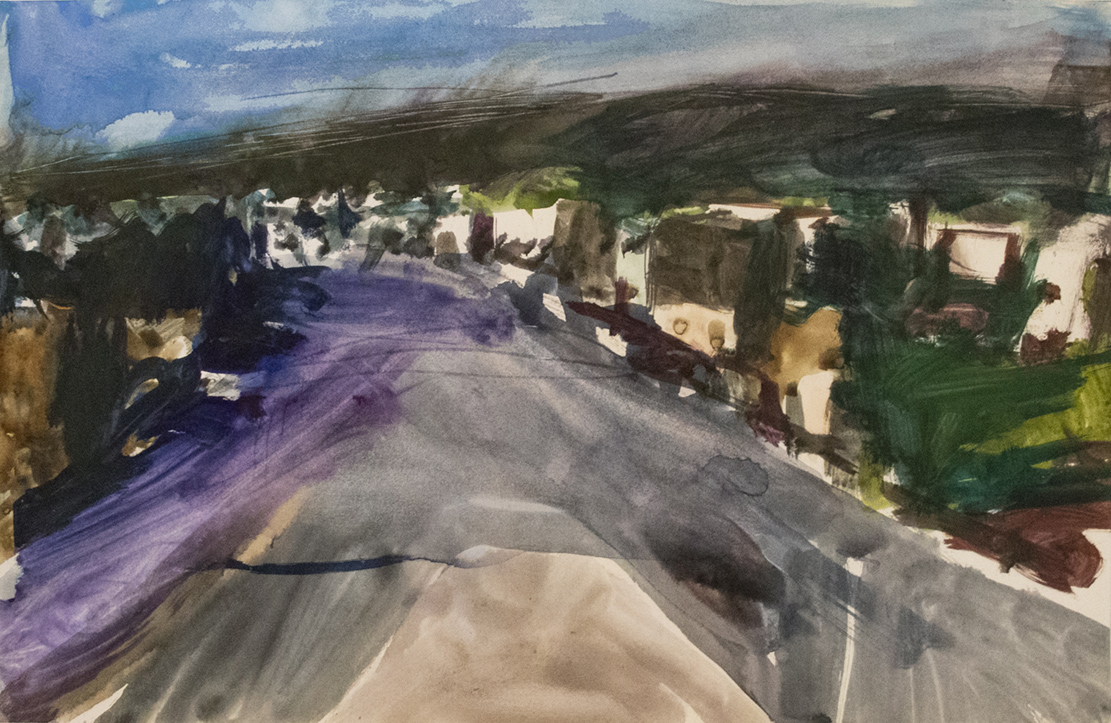 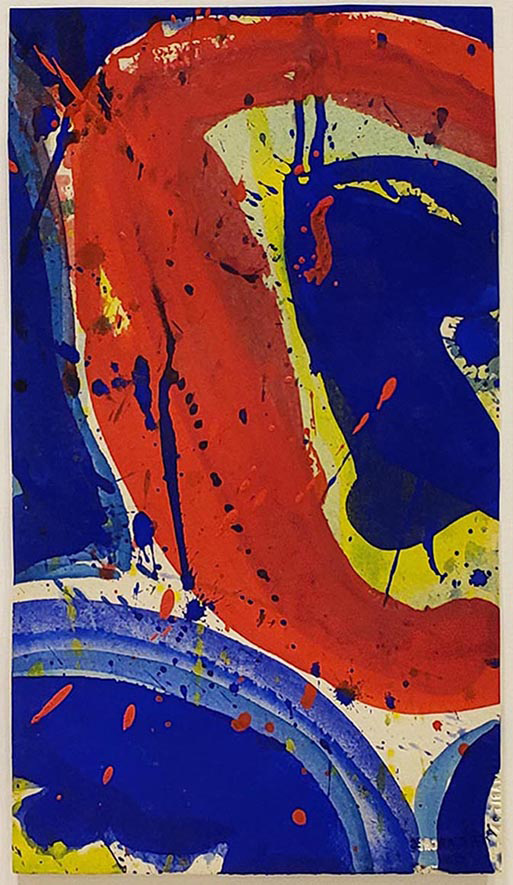 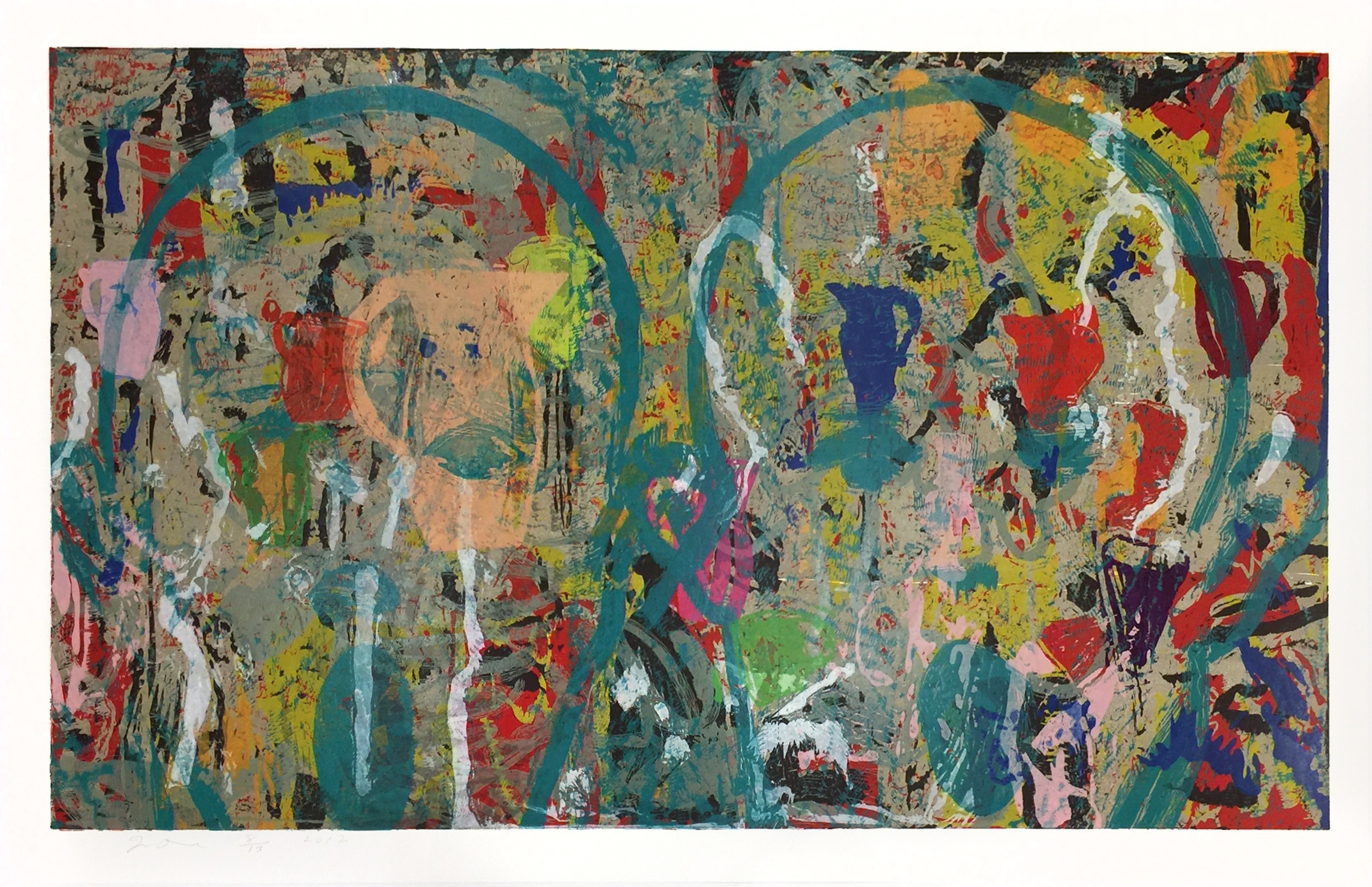 Painters and Poets in the French 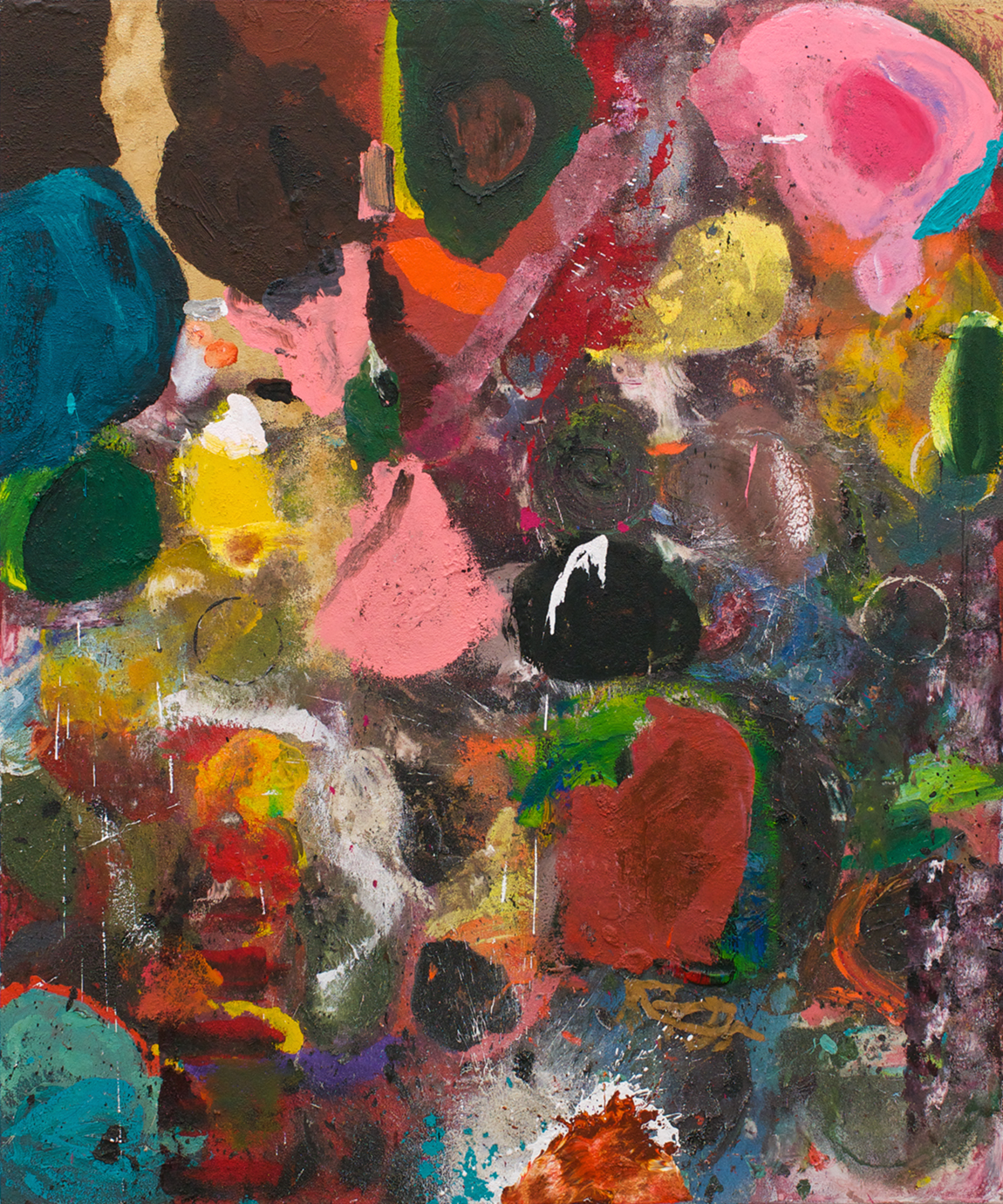 Tear Up The Screams

Acrylic, sand and charcoal on canvas 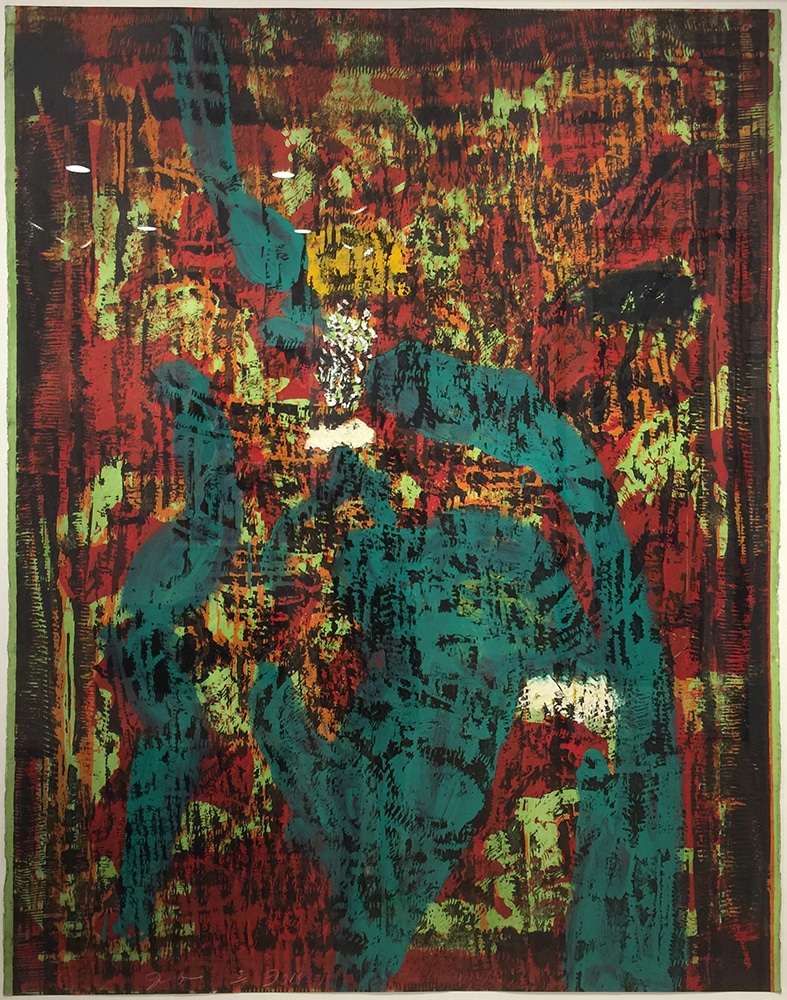 Woodcut, power-tool abrasions and lacerations, with hand-painted acrylic and Glycero on Hahnemuhle 350 gsm Off White paper

Abstract Expressionism is a movement in American painting that developed after World War II. While one artist’s style can vary widely from another, the movement is characterized by energetic and emotive applications of paint, either with brushes or applied directly to the canvas by dripping and staining. Although the Abstract Expressionists rejected the representation of earlier modernist movements, they insisted on the importance of a subject, often drawing inspiration from the universal imagery of myth.

Known more specifically as Gestural Abstraction, the movement values the artist’s physical role in creating the painting as an immediate, authentic gesture, in which the event is as important as the final result. For the Abstract Expressionists, pigment was a tool to expose tragic emotion and the complexities of an anxious human condition.

The Abstract Expressionist pioneers have also been referred to as the New York School; many lived and painted in Greenwich Village and their spirited debates in the Cedar Tavern regarding the nature of painting have become legendary. The experiments undertaken by the first generation of artists including—but not limited to—Mark Rothko, Willem de Kooning, Jackson Pollock, Hans Hofmann, Clyfford Still, Barnett Newman, Franz Kline, and Adolph Gottlieb were originally criticized, but are now recognized as one of the first uniquely American styles to achieve international acclaim. Together with younger Abstract Expressionists, Robert Motherwell, and the so-called “second generation” artists including Sam Francis and Helen Frankenthaler, these figures challenged traditionally held notions of artistic expression and helped to shift the center of the contemporary art world from Paris to New York. 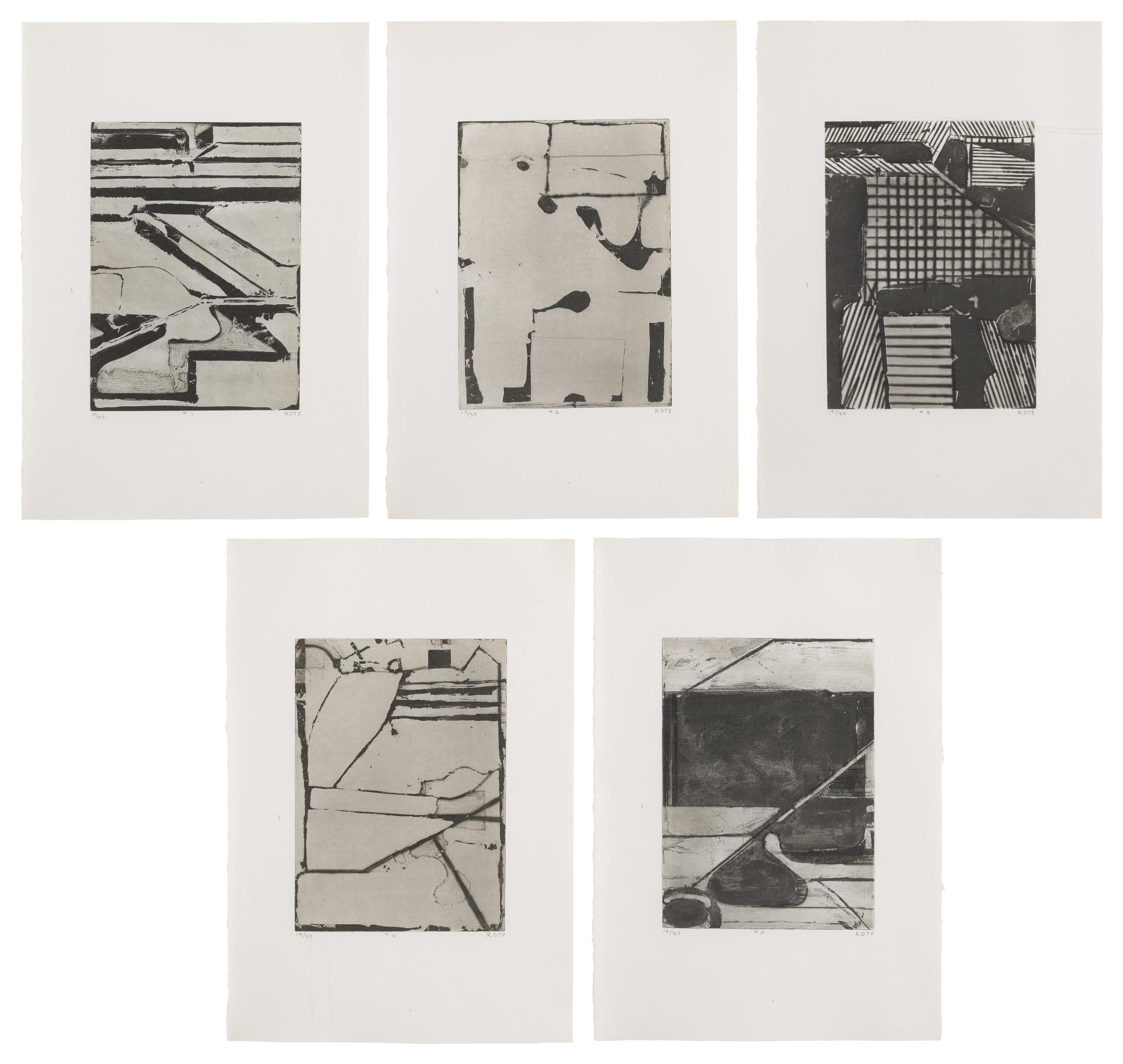 Portfolio of five aquatints with drypoint on Rives wove paper 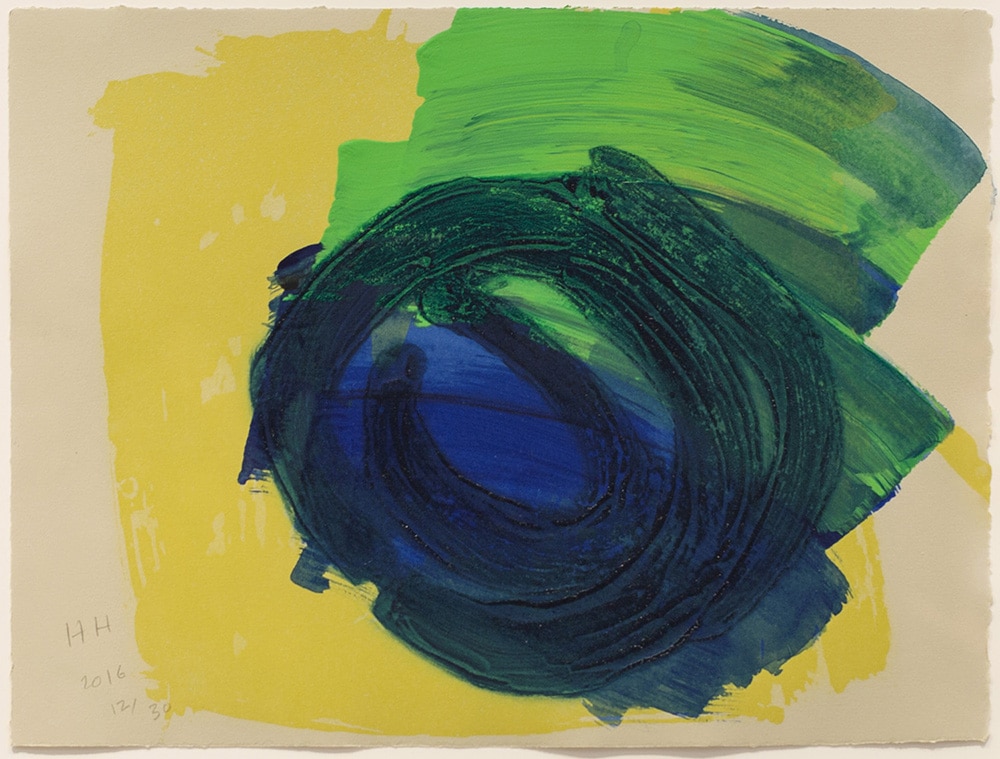 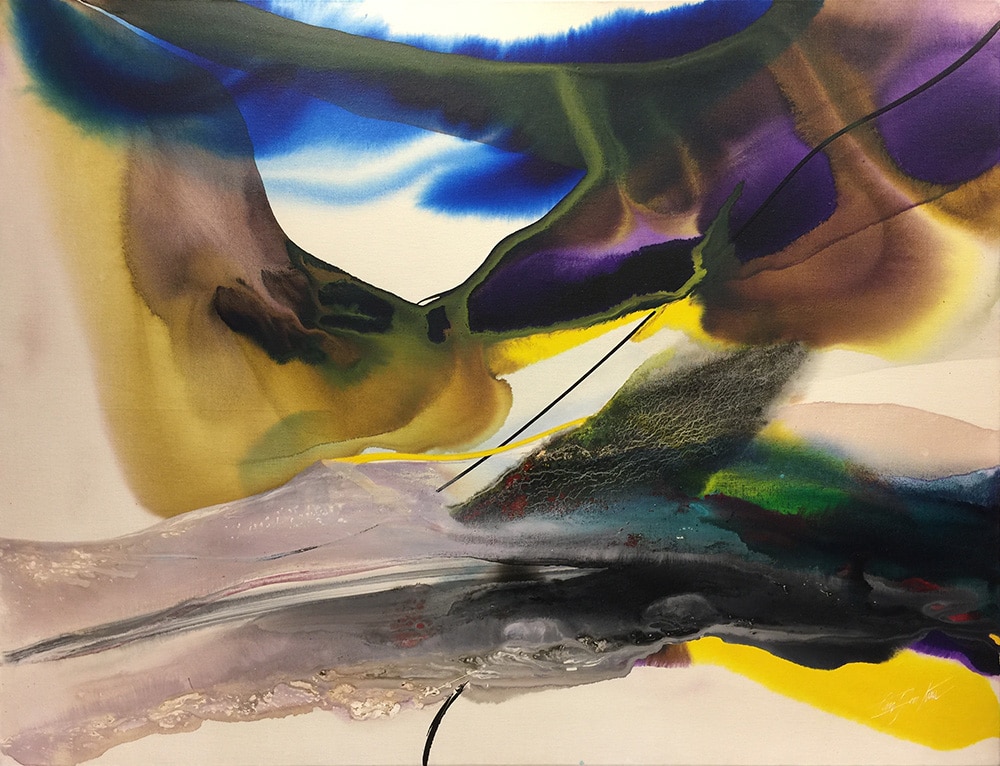 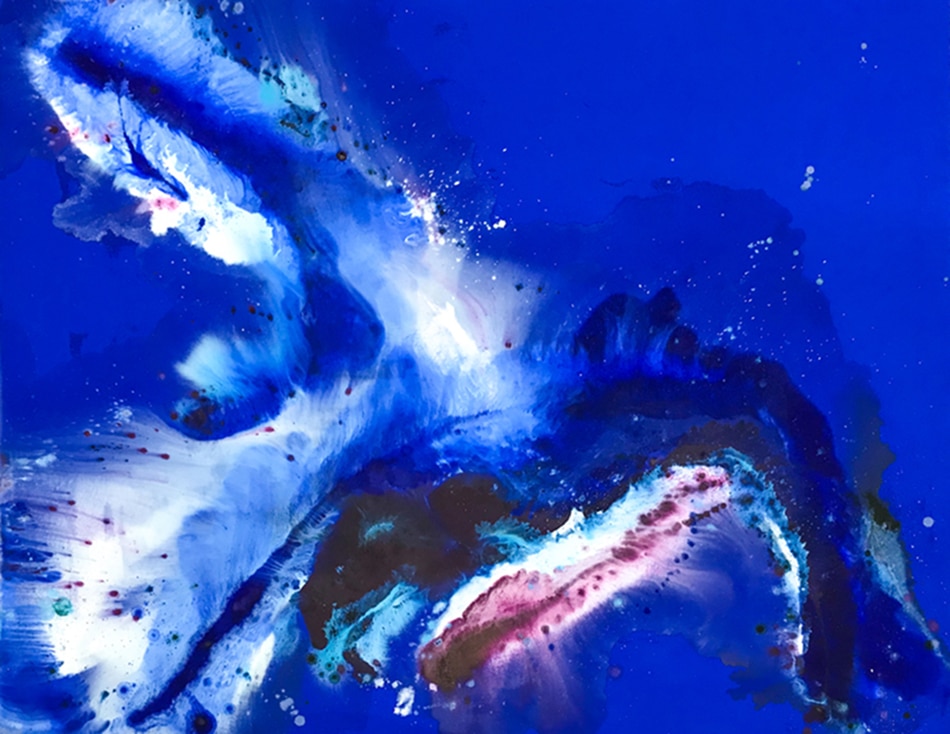 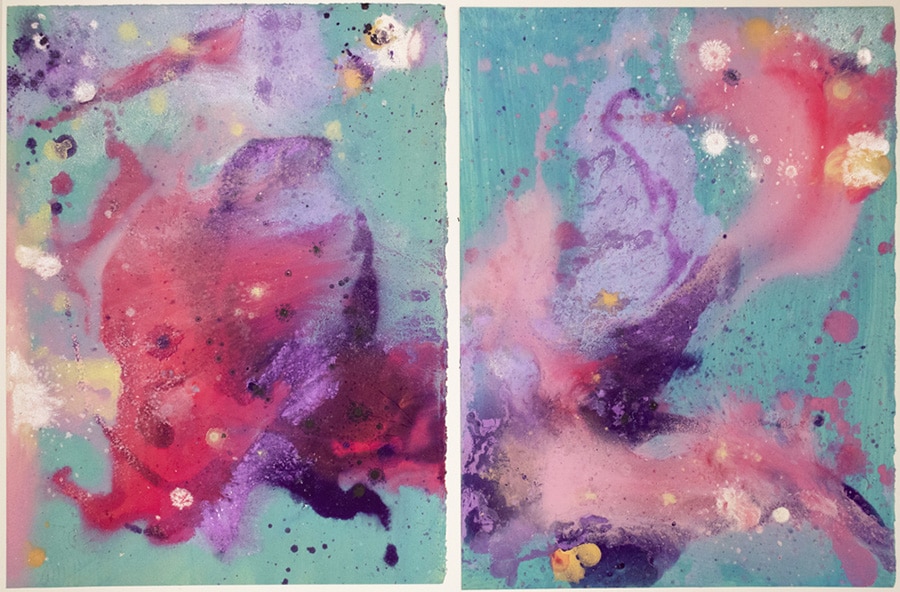