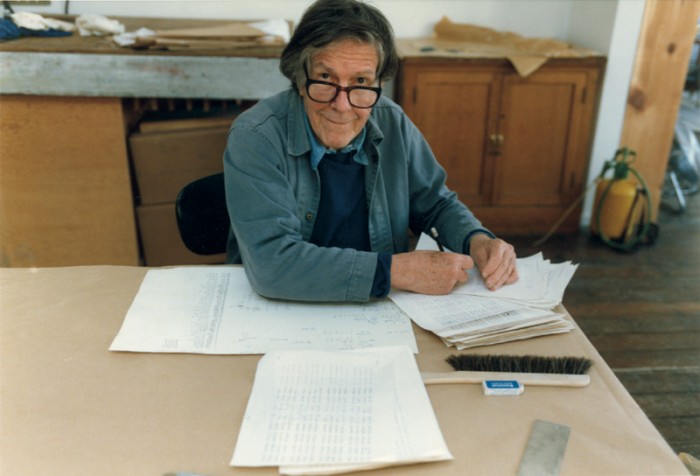 John Cage (1912 –1992) was an influential American composer and artist known primarily for his cutting-edge experimental music. Cage began producing visual art in the late 1970s, after arthritis put an unfortunate end to his musical performances. In 1978, Cage set out to make a number of works with Crown Point Press in Oakland, CA.
Masterful early examples of the Crown Point etchings, R3 (Where R = Ryoanji) and (R3) (Where R = Ryoanji) visually capture the same cerebral blend of randomness and mathematical construction we can hear in Cage’s music. Elegantly minimal, maximally tonal, the Ryoanji etchings also show Zen Buddhism’s influence on Cage’s process-based style. Inspired by the kare-sansui Zen rock garden at Ryōan-ji, in Kyoto, Cage repeatedly placed fifteen stones on an etching plate and traced them in pencil. He positioned the rocks one at a time, using his ‘chance operations’ method, a random results-generator he derived from coin-flipping procedures outlined in the Chinese divination book I Ching.
R3 refers to 153, meaning that Cage created 15 x 15 x 15 traces, individually placing and outlining each of the stones 225 times, totalling 3,375 traces—packed onto just one 7” x 21-1/2” etching plate. This formula, brilliant as it is obsessive, produces classic Cagean results: conceptual and deceptively effortless. The Ryoanji series in particular is also more fluid and gestural than some of Cage’s earlier work, marking the transition into the final phase of his career, when he gave himself greater aesthetic control over his chance-made artwork. 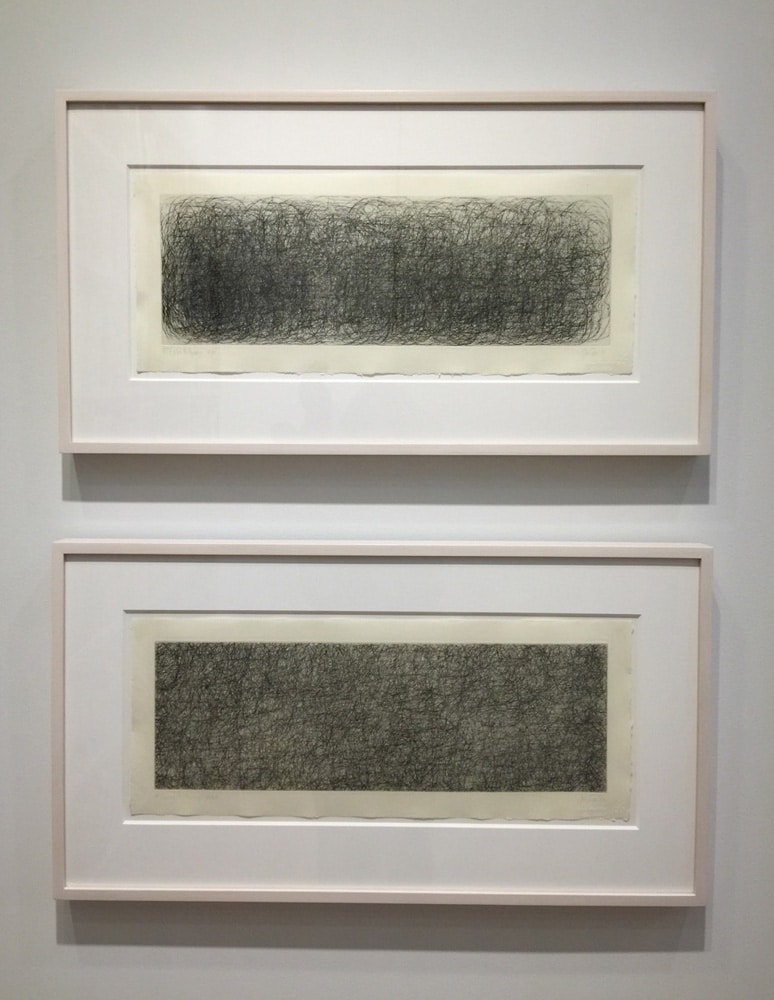 Send an inquiry about this artist:

<–Back to The John Cage Artist Page