“I wanted to make a print like a wall drawing that could turn the wall into water or land – that could bend the wall back into the surface of the sea.  By cutting the drawing out of sheet steel and hanging it from hidden fixings it can almost be part of the wall turning the whole wall into the print.”

Jonathan Novak Contemporary Art is delighted to present Nature 1, a major new body of editioned work by the British artist Julian Opie. Consisting of 14 laser-cut powder-coated aluminum wall reliefs of boats, pebbles, sheep, and fish, these new works were inspired by Julian Opie’s observations in both London and Cornwall, places in the UK where the artist has homes. Having grown up with art of the post-war St. Ives School, Opie developed a keen awareness of British artists such as Henry Moore, Barbara Hepworth and Ben Nicholson. In making these new steel works, however, he has chosen to contrast some of the traditional subjects of British Landscape art with a medium and material which alludes to a more contemporary urban, post-industrial world.

“My sheep are drawn in the language of motorway signage produced on machine made surfaces. The sheep remind you of quiet walks and wind swept valleys, while the LEDs, the shiny acrylic and the powder-coated, laser-cut aluminum are part of the struggle through the airport, underground or high street.”

Born in 1958 in London and a graduate of Goldsmith’s School of Art, Opie reinterprets the vocabulary of everyday life through his typical reductive style and his innovative use of new and traditional techniques. His works are held in numerous international museum collections including MoMA, New York, MFA, Boston, Stedelijk Museum, Amsterdam and Tate, U.K. 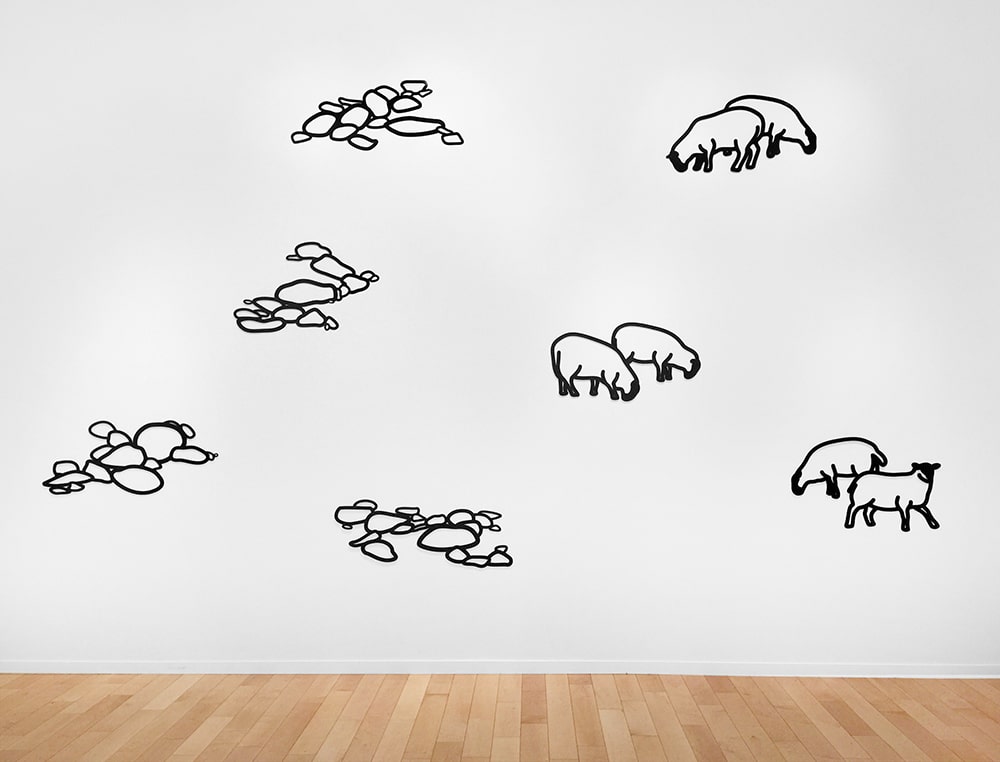 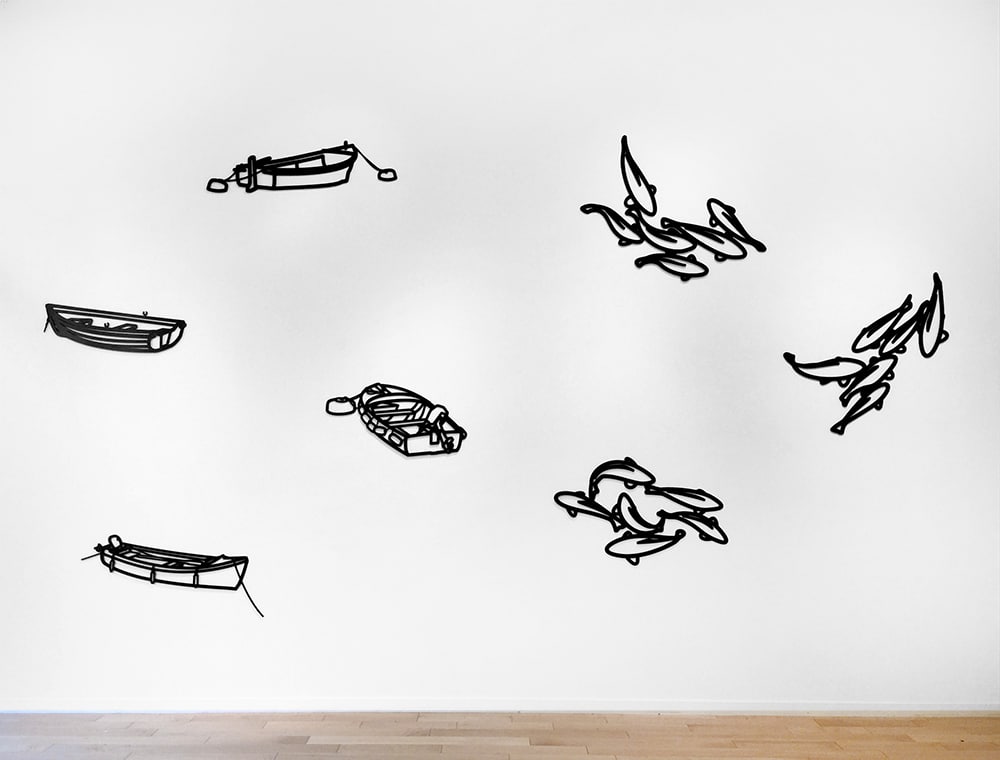 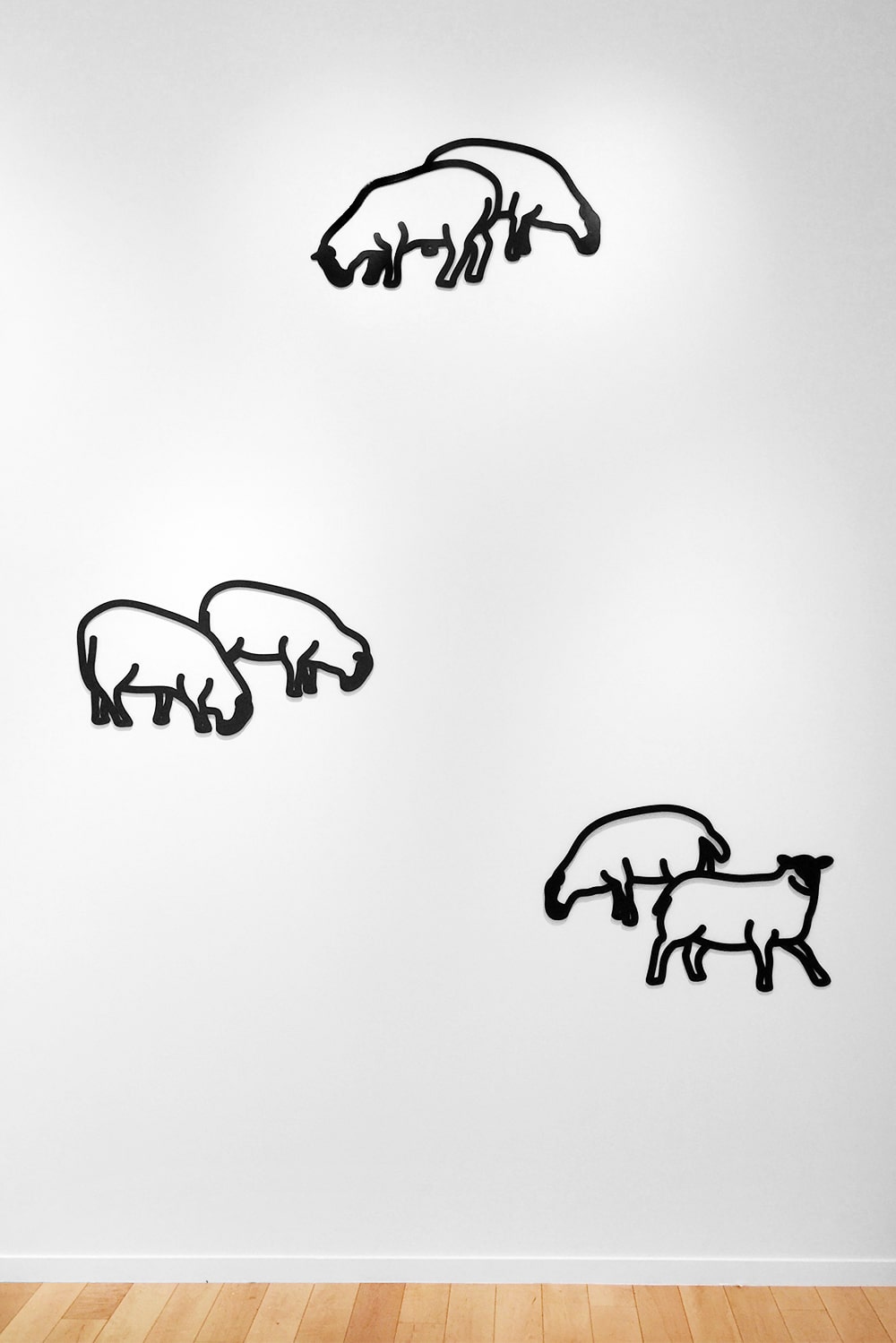 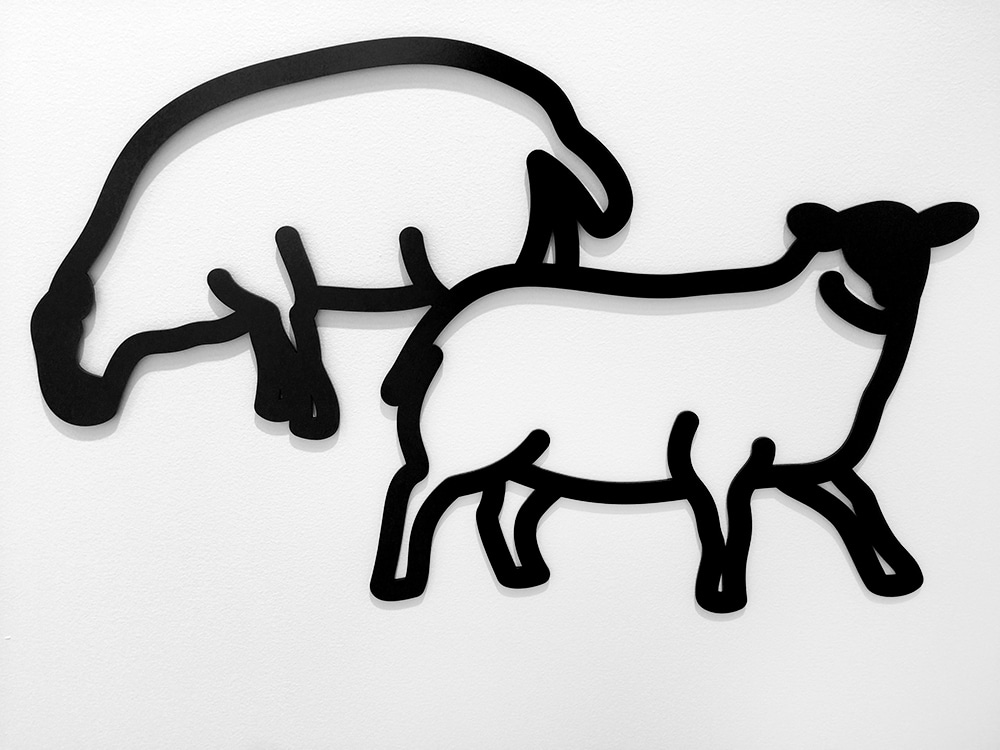 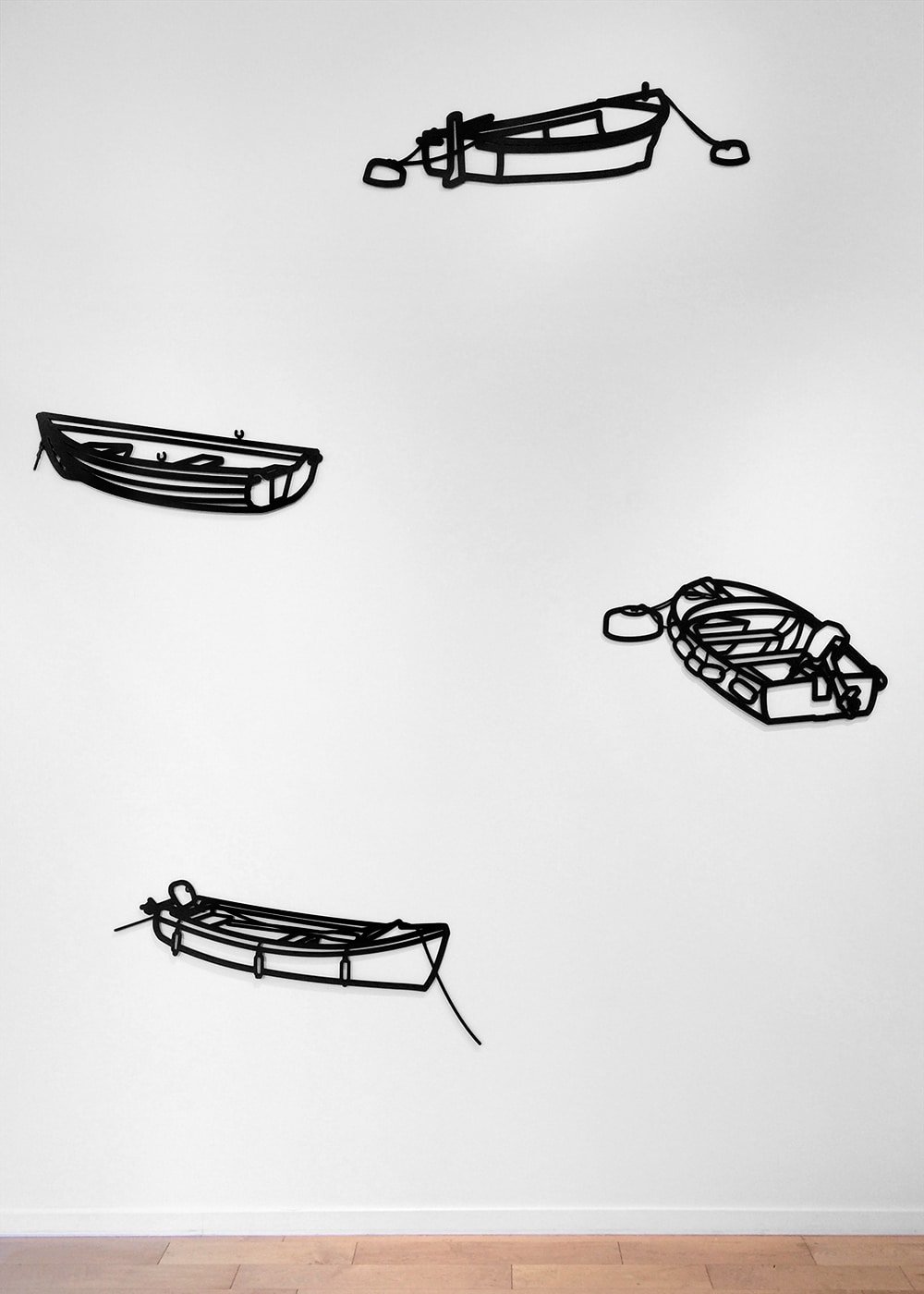 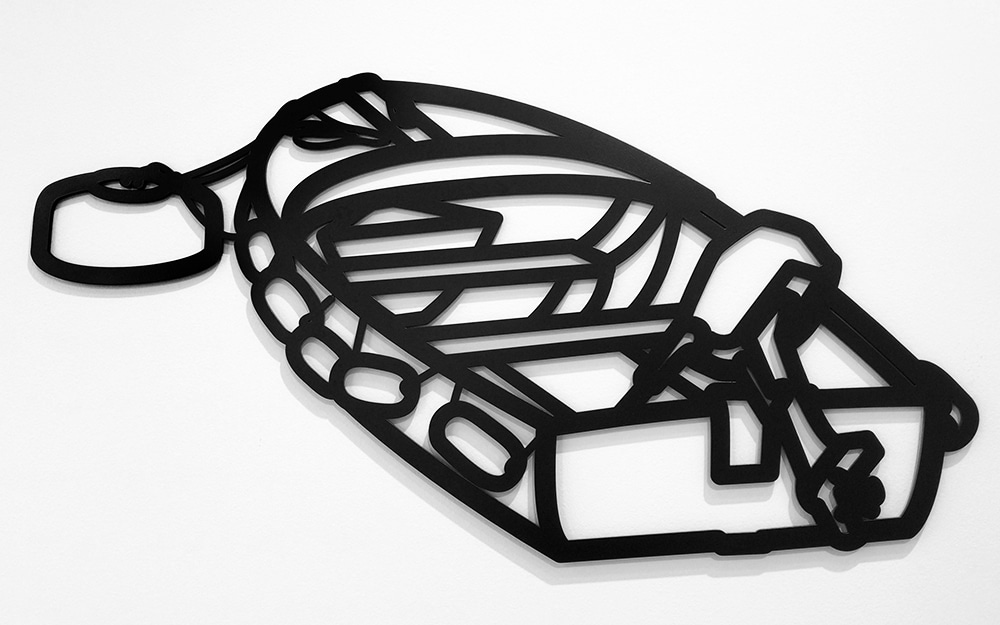 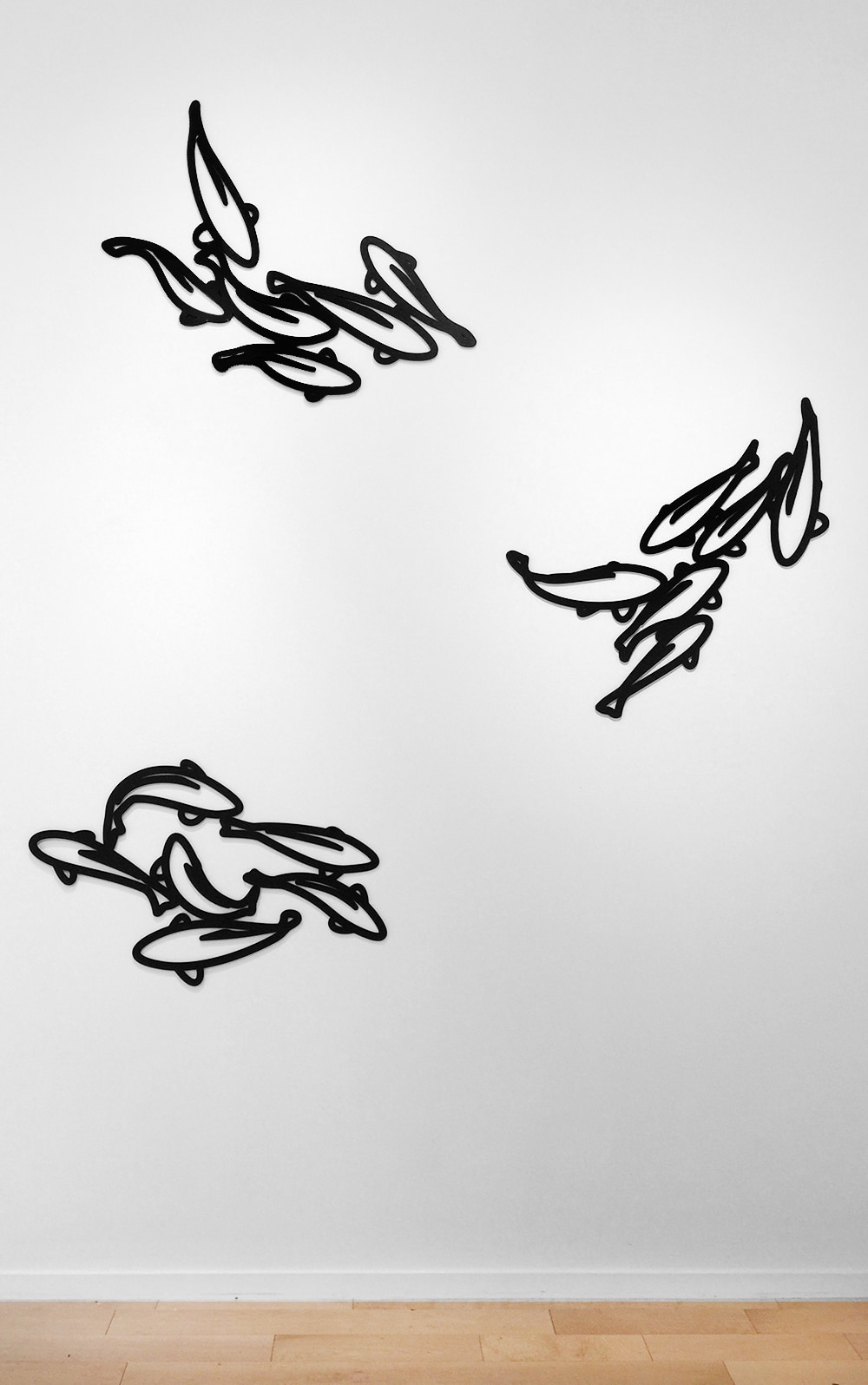 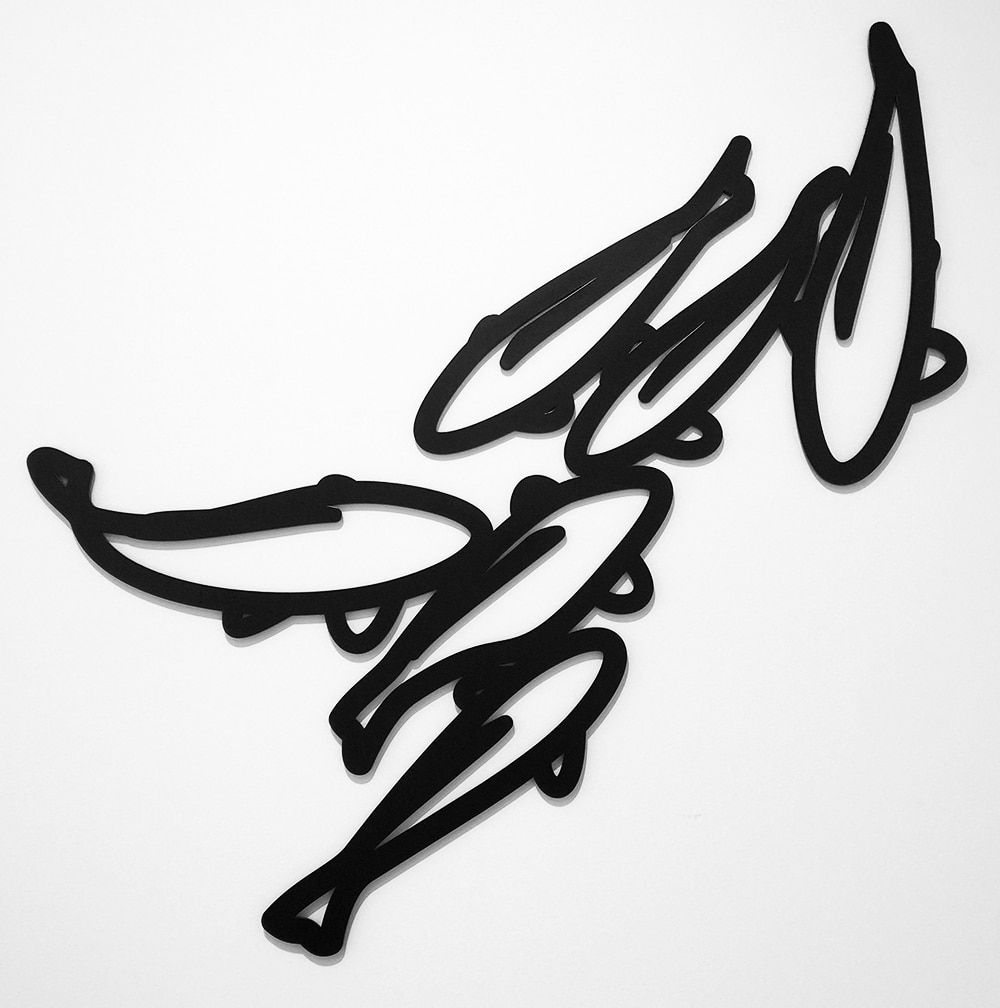 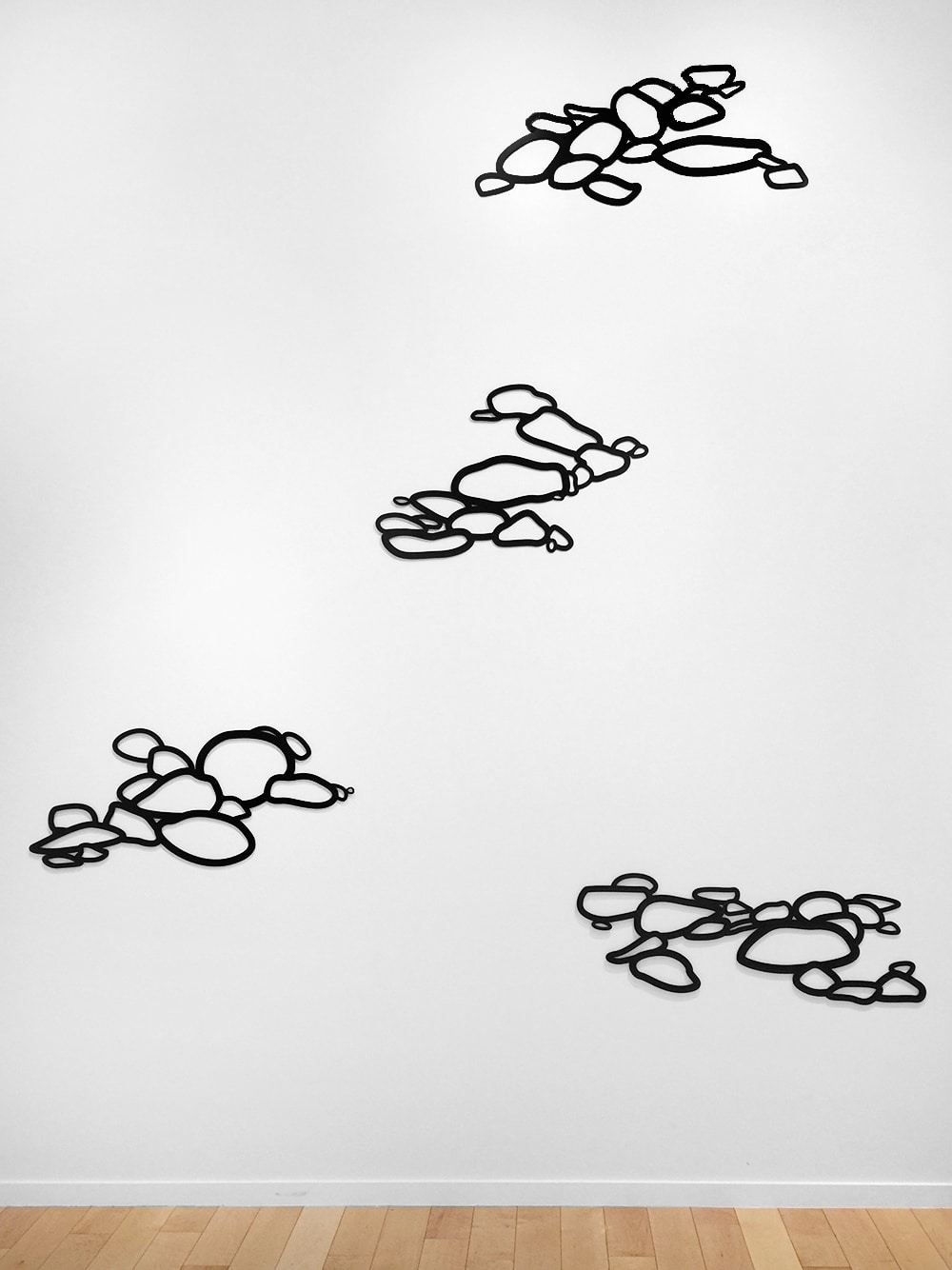 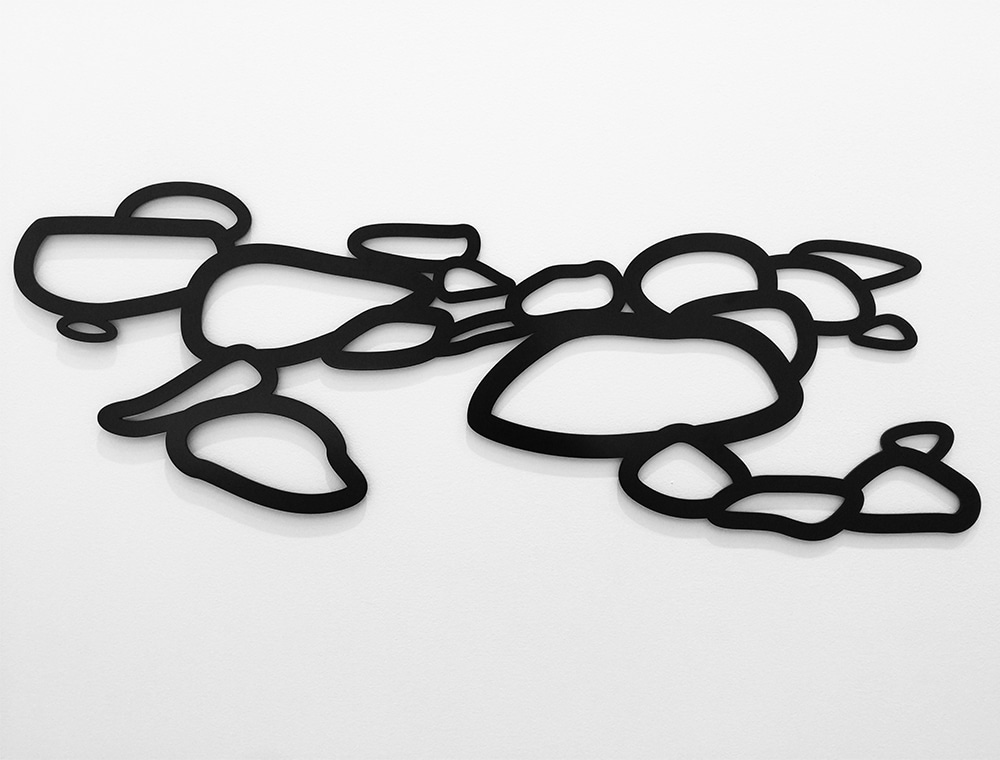